Why Do Cellulite Creams Burn The Skin? 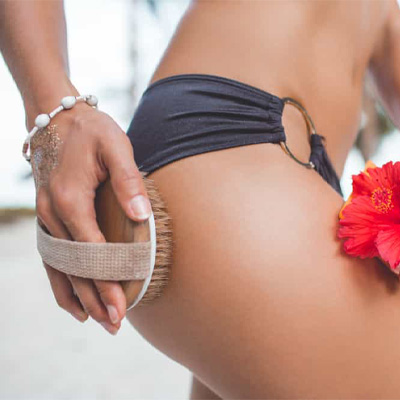 Mild cellulite is only visible if you pinch your skin in a cellulite-prone location, such as your thighs. Severe cellulite causes the skin to seem rumpled and bumpy, with peaks and troughs. Cellulite is most common on the buttocks and thighs, although it can also be present on the breasts, lower abdomen, and upper arms.

It has become every woman's concern nowadays to have smooth skin with no cellulitis. Although it is natural , some women are not comfortable with the look of it on their skin. 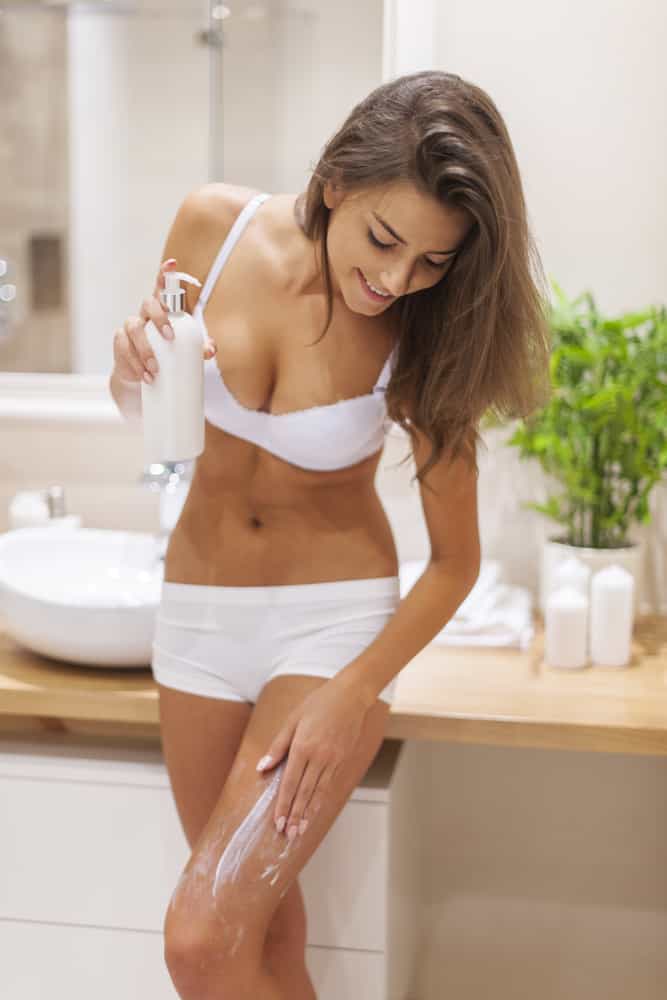 It consists of fibrous connective cords that connect the skin to the underlying muscle, with fat in between. As fat cells build up, they press up against the skin, while the long, strong cords pull them down. This results in an uneven surface, often known as dimpling. Furthermore, hormonal factors contribute significantly to the development of cellulite, and genetics dictate skin structure, skin texture, and body type. Other factors, including weight and muscle tone, influence whether or not you have cellulite. However, even the most fit people can have it.

Women are much more likely than men to have cellulite. In fact, following puberty, most women develop some cellulite. This is due to the fact that women's fat is often distributed in the thighs, hips, and buttocks, which are common sites for cellulite. Cellulite becomes more common with age as the skin loses flexibility. Weight gain might make cellulite more visible, but cellulite can also be found in thin people. Because it tends to run in families, genetics may have the most important impact on whether or not you acquire cellulite. Pregnancy, as well as an inactive lifestyle, can raise your chances of developing cellulite.

Is It Possible to Get Rid of Cellulite Completely?

Cellulite affects people of all body types. It's natural, but the way fat pulls on your connective tissue causes it to appear puckered or dimpled. It can't be totally removed, but there are techniques to improve its appearance.

What Gets Rid of Cellulite?

Cellulite can be reduced with a mix of activity, nutrition, and therapies. The Food and Drug Administration (FDA) in the United States has also approved many cellulite treatments, including Cellfina®, Cellulaze®, and Qwo®. These might help to reduce the visibility of dimples on your skin. Cosmetic surgeons also utilize a range of treatments to temporarily minimize the appearance of cellulite. Among these treatments are:

Treatment with a laser to help thicken the skin

Liposuction is used to eliminate fat. It is, however, deep fat and not cellulite.

Mesotherapy is a treatment that involves injecting medications into cellulite using a syringe.

Subcision is a procedure in which a needle is put beneath the skin to break up stiff bands that cause cellulite.

caffeinated or retinol-containing creams and lotions.

Spa treatments can temporarily reduce the visibility of cellulite.

To heat the skin, radiofrequency, ultrasound, infrared light, or radial pulses are used.

The non-invasive laser treatment creates a wound-healing response by delivering thermal energy into the deep dermis and hypodermis. As a result, new collagen is generated, which compresses fat and improves the look of cellulite.

The minimally invasive laser method, with FDA-approved brand names such as Cellulaze and CelluSmooth, is gaining popularity. The procedure is more effective than the non-invasive method and takes only one sitting. It is applied subcutaneously and employs side-firing lasers. method:

The dermis is heated to enhance thickness and skin suppleness (achieved by remodeling and forming new collagen).

Although bruising and edema are side effects, this procedure has resulted in a smoother contour, enhanced skin elasticity, and dermal thickness. The cost of this procedure ranges between $5000 and $7000, depending on the region impacted.

This treatment employs focused or radial waves and is intended to promote local blood circulation as well as cell proliferation and collagen and elastin fiber proliferation in order to increase skin suppleness. They sever the septae bands that pull the skin down.

Two recent studies (conducted in Switzerland in 2010 and Austria in 2013 and both published in the Journal of Cosmetology Laser Therapy) demonstrated that AWT is a safe and effective treatment modality for temporary cellulite relief.

Cellulite creams are examples of topical therapies or cosmetics for cellulite. Caffeine, retinol, carnitine, forskolin, and other plant derivatives are found in cellulite lotions. Caffeine could be replaced with aminophylline (a prescription asthma medication) or theophylline. Cellulite creams have a broad therapeutic effect by lipolysis of adipocyte tissue, stimulation of peripheral microcirculation, which aids lymphatic drainage, and reduction of edema.

Specific substances have the following effects:

Caffeine: Caffeine causes fat cell breakdown by regulating biological second messenger systems. Triglyceride lipase is an enzyme that aids in the breakdown of triglycerides into free fatty acids and glycerol.

Formulations containing retinol: Anti-adipogenic drugs that inhibit the differentiation of human adipocyte precursors increase collagen levels as well. This increased skin thickness as well as its elastic and tensile qualities.

What Is a Cellulite Cream?

Cellulite doesn't care who you are: Cellulite may affect everyone, regardless of age, weight, nutrition, body shape, or activity level.  It's not just you, believe me! Cellulite is so frequent that it affects up to 98 percent of women. But cellulite creams are an at-home therapy for reducing the orange-peel look of this skin problem. It might be challenging to find the best cellulite cream to get rid of this problem since it is so difficult to cure cellulite successfully. Many companies boast about having the best cellulite cream, but do they have the evidence to back up their claims? Furthermore, since some products take up to 60 days to show effects, it's difficult to know what works and what doesn't when it comes to reducing the look of cellulite.

Due to these ingredients and combinations, you may feel your skin burning after using it, but do not worry, it means the cream is working. Anti-cellulite cream somehow burns the lumpy fat under the skin, so it may burn a little. 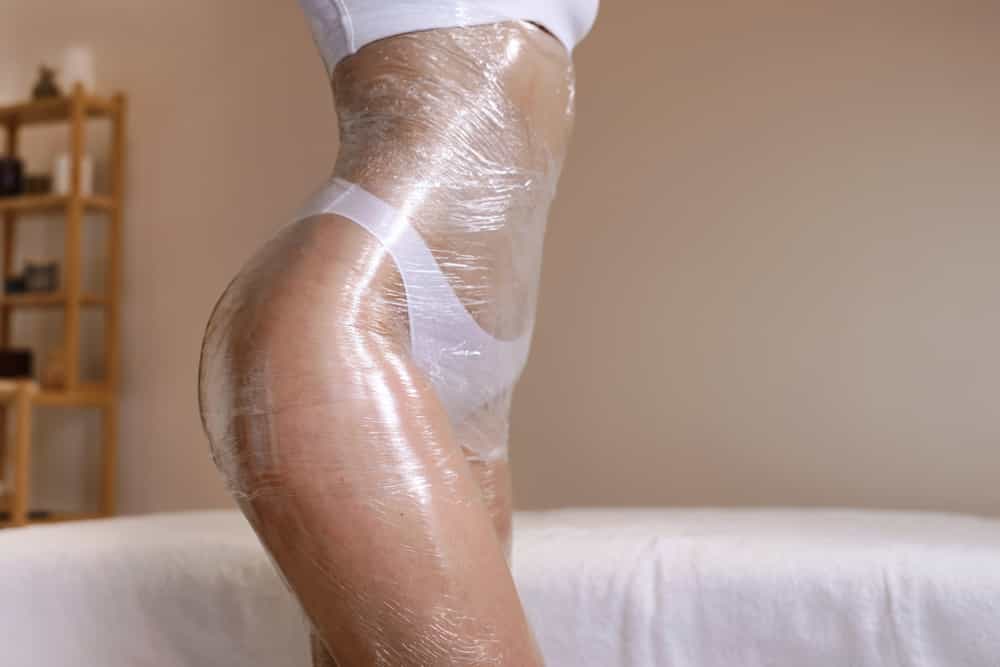 How Soon After Treatment Will I See the Results?

It's crucial to understand that your body is unique. The therapies that you and your healthcare professional decide are the most effective will determine your outcomes.  As an example,

Subcision treatment can have benefits as early as one month after the initial treatment.

Before you may see any apparent improvements with retinol creams, you must use them for at least six months.

It is possible that exercising will take at least two to three months.